Happy birthday to Benedict Cumberbatch, who turns 36 today.  His Tumblr fans turned out in their usual understated, sophisticated manner to celebrate. 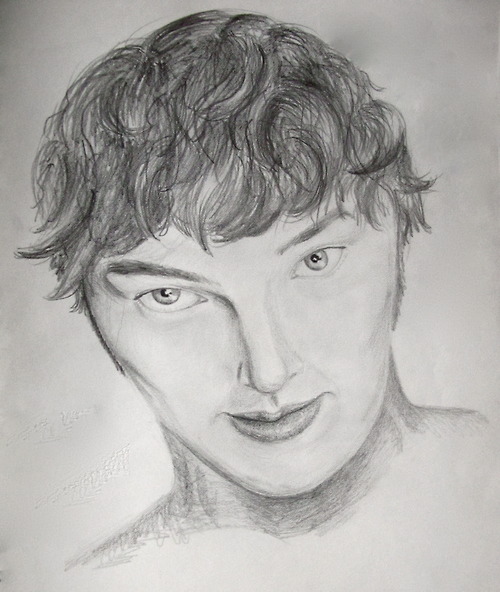 ( This uncanny likeness invites you into an image-heavy post.Collapse )

I'm not old, but I was definitely feeling so this past weekend.

All I did was ride my bike...a lot more than usual, and I succeeded in further damaging a hamstring injury. Ever pulled something that keeps hurting you periodically, reminding you when you've been stupid?

I had a feeling like an electric shock shooting through the back of my thigh every 5-10 minutes or so--didn't matter if I was walking or lying still. It's like my damn leg was in labor.

Now, I'd like to endorse a marvelous product that has allowed me to go on with my life.

My husband had some of these (expired) under the bathroom sink, and I wrapped it around my leg before bedtime. By morning, I had no electric shocks in the leg. No pain whatsoever.

My icon (as of now) is of cinema idol Tyrone Power, a man who never saw age 50.

In my opinion, of every man who's ever graced the silver screen, he had the most perfect beauty. There was something slightly feminine and delicate about his features that disappeared as his health began to deteriorate.

Still, in that brief moment, he was beautiful and THANK GOD he was in front of the camera. 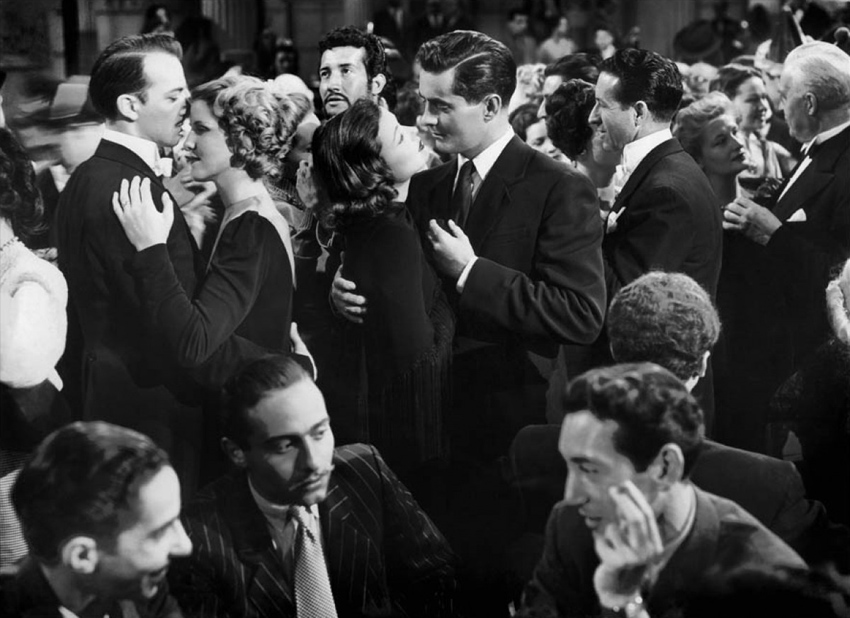 I haven't held actual employment since leaving my Chamber of Commerce ball and chain in October 2011. It seems I'm not cut out for ass kissing and political politeness. It also seems that I have a prejudice against elderly, rich, white men. They don't even have to be ACTUALLY rich, but the affected ones that put on airs and talk about golf and vacations abroad (and always at an unreasonable volume). THESE are the men who have drawn my prejudice. And it was a bias I never realized I held until my three years in that Chamber position.

I believe everyone has a prejudice of some sort, however small or inconsequential it may seem. There is a type of person that every human being side-steps to avoid an unpleasant conversation or encounter. For some, it may be religious zealots or maybe a noisy group of teenagers. If I'm approached by a noisy group of elderly men in golf shirts, holding plastic cups containing booze, my adrenaline kicks in, and I look for ways out--exits! Give me an exit!

My husband is in fire control, and he's shut down his fair share of violating business establishments. Being married to him for eight years has guided me into a lifestyle of finding fire exits and consciously checking that exterior doors open outward. Blocked fire exits or fire lanes really get on my nerves as a result of my interaction with the husband. Yesterday, I took the time to push a shopping cart away from the doorway of my local supermarket. It isn't as though I had other things to do, and my tiny effort could have saved lives, had the place gone ablaze.

I've been volunteering (almost full-time) for a county public library and a women's shelter. The women's shelter takes up the largest amount of my time, since I've shown a talent for creating artistic flyers and Constant Contact emails and coordinating fundraisers. Last week we had our first big fundraiser, and it was a modest success. It was a casino night aboard a cruise ship, and the cost per ticket was $150. The Development Director felt this price was justified. Too bad no one else did, and she ended up giving tickets away to rich people she thought would spend, spend, spend! They didn't. Not a red dime. There's a reason the rich are rich. They don't fritter away they nickels and dimes. They leave that filthy job to the debt-ridden upper-to-lower middle classes. But there were enough people from the middle class in attendance to raise nearly $10,000, thus keeping her job in tact, and keeping me in the running for paid employment.

Today, I volunteered to work at the local library, because I had spent all of yesterday feeling useless. I hate feeling like I'm not contributing. The thought always crosses my mind, "If I'm only important to one or two people (some of the time), am I really justifying my existence?" And then I wonder if I'm even obligated to justify my existence. There are plenty of people out there who are very content to sit inside their parents' house, playing video games or arguing political or social points on CNN.com. (Really, if you live with your mother and father, and don't hold a job, should you really be arguing political or social points that will never impact you at all? You live like a spoiled hermit, so what makes you so damned conservative or liberal particularly?)

When I got to the library, I was expecting to get a list of requested books/CDs/DVDs and pull them from the shelves, but the list hadn't arrived. So, I was set to work pulling all books from the shelves that belonged at other branches. If the book didn't bear the letters "FM", they needed to be pulled. That was a fun little job, since I'm boring at heart and have been craving employment of any kind to distract from my lack of life purpose.

The public library is open to everyone, so you can run up against some folks who don't bathe regularly or talk to themselves. On a couple of occasions, there was a bald man who looked like he was in his 50s, having a very noisy cell phone conversation with (I'm guessing) his lawyer. I remember him using the line "sons of bankers, sons of lawyers" and using foul language, which I object to in mixed company. It shows bad breeding and lack of social awareness. Assholes. I haven't seen him in a while, but I can't imagine the pale and timid library staff asking him to leave. Another thing you run into is crying babies or screaming toddlers. Sometimes, they cry because they want to be there, and other times, they cry because they DON'T want to be there. I've never had children (and that's on purpose), so I don't have much tolerance for children's noises. I can put on a polite, brave face, though, because the poor mothers look so haggard and distraught. It's not for me to bring them even farther down.

The lady I usually take orders from at the library is named Penny, and wasn't at work when I came in today. So, I took a sticky note and wrote a cheery little note to her and stuck it to her desk. I always get a kick out of people leaving me little unexpected notes, and I hope she got a kick out of it, too. It's like the universe is telling you that someone out there took the time to 1) think of you and 2) to tell you so. Everyone's lives needs a little romance, and I happen to know that she is single and doesn't even own a pet. I hate to say "typical librarian", so I'll leave those assumptions to you.

I woke up with a John Lennon song stuck in my head this morning, and I'll plunk it down here for you.

I love a mournful little tune about love, don't you?

For the last few weeks, I've also been heavily consumed with the 90s series "Father Ted" and the ridiculous song "My Lovely Horse". I'll drop that here, too.

The fellow with the gray hair is Dermot Morgan (he played the character of Father Ted, and passed away in 1998), and the man with reddish hair is Ardal O'Hanlon. I've got a weird little crush on him.

I've also been "traveling" Ireland by way of MapCrunch. I choose "Ireland" and "Urban Only", then scroll up and down narrow Irish streets. Click here to explore the world!
Collapse